UPDATE:
RAMEKIN is now on Amazon Prime Video
and DVD!

"Five stars! This movie deserves a larger audience! I fell in love with it!"
- Jason Minton, The Headless Critic

"A masterpiece of frugal filmmaking! Cody Clarke proves
you don't need practically any money to make a great movie!"
- Mark Christopher Covino, Director of A BAND CALLED DEATH
and THE CREST

"9 out of 10! Great songs and editing!
I enjoyed the heck out of it!"
- Ray McGuff, THE LAST ROUND UP HORROR SHOW

"Incredible! You'll laugh and cry, you'll cringe and squeal! Don't miss out!"
- The B Club

"Funny and scary! Jamie Saunders' acting ability convinces
the viewer that the ramekin is real and alive!"
- Ryan Beaupit, The Circle of Film

"Two thumbs up! Very suspenseful! Really gonna make you think,
and will provoke a lot of conversation. 10 or 15 years from now,
people are gonna be talking about Ramekin."
- Phillip Trickey, OGP's DVD's and Movie Reviews

"Cool and very refreshing! Like HER meets RUBBER
meets BAGHEAD, but more twisted than them all!"
- Joe Grabinski, aka Twitter's @AmznMovieRevws

"A home run! Cody Clarke has evolved the mumblecore genre.
It's well-enunciated core, and it's exceptional filmmaking!"
- Greg DeLiso, Co-Writer and Director of HECTIC KNIFE

"Big thumbs up! Not a dull moment in this beautifully-executed indie film."
- Rick Harper, Director of ROOM FULL OF SPOONS

"I enjoyed everything about this film! ... The casting is on-point and the jokes
land seamlessly. If you like dry humor, you are going to like this film!"
- Sarah Teed, Actress and Co-Writer and Director of AWKWARD FAVORS

"Excellent! ... One of those films you start off wondering just how much
you'll be able to take, then realize you never took your eyes off the screen."
- IndyRed.com

"I have little doubt you'll be amused. ... Classic!"
- ReelRomp.com

INTERVIEWS WITH CODY CLARKE ABOUT RAMEKIN: 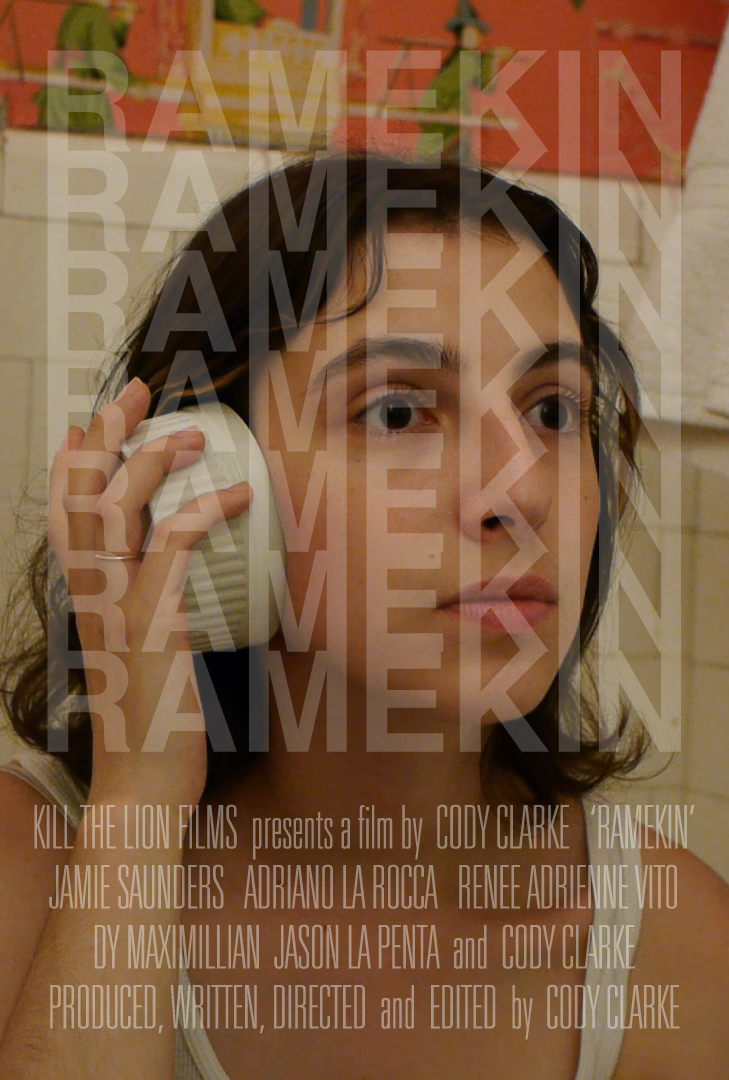 One girl. One cup.

CODY CLARKE
as MAKE OUT GUY

"THE SKY OF OUR ANCESTORS"